TrueNorth Respiratory was established on December 6th, 2012 by Kristen DeJong and Ashley Kostelnik after a whirlwind year that brought Ashley back home to the Yukon, and Kristen and her family moving up on a whim with a scrap-paper-plan of starting something big together.

An opportunity presented itself, and they both agreed that this was their future. TrueNorth opened for business less than a month later on January 2, 2013 in an industrial garage-turned-office. Their goals were to improve upon the respiratory care being offered in the territory at the time by bringing the expertise and perspective of Respiratory Therapists to the Yukon.

Business progressively picked up and they added their first administrative staff six months into operations. Another staff member jumped on a few months later, and another one a few months after that.

Slingshot forward to present day, and TrueNorth is out of the industrial garage and operating in a new clinic, has a high functioning, compassionate team, and has expanded on their services with best practice in mind, and the ultimate goal of keeping more Yukoners in the territory to manage their respiratory care locally. 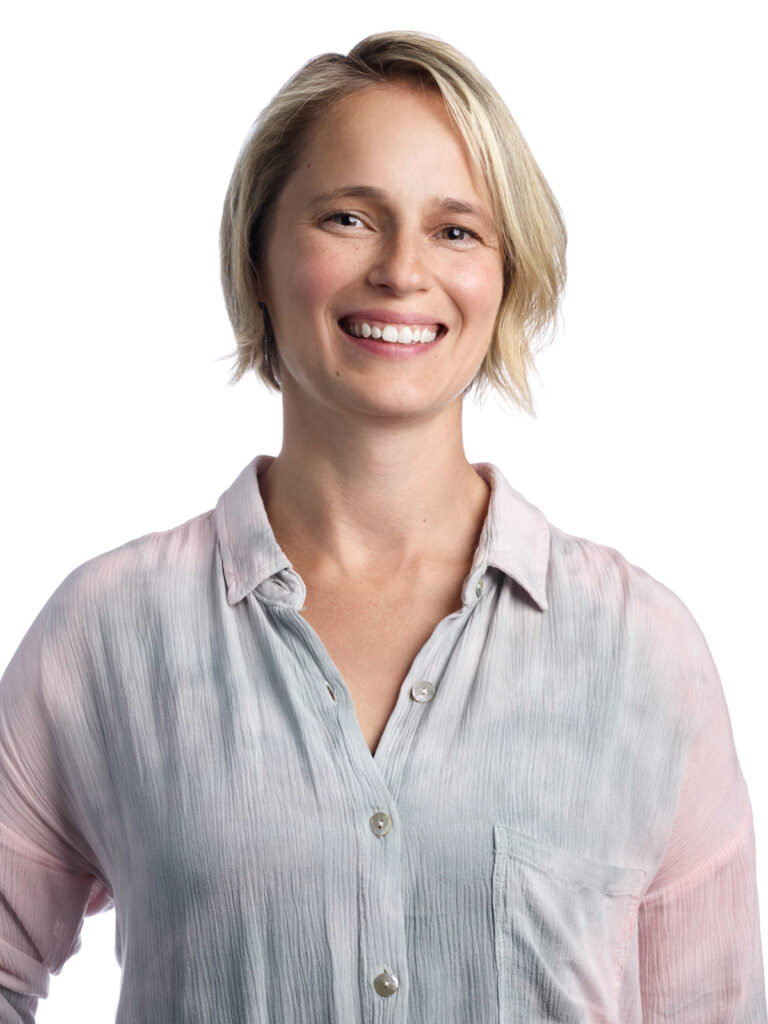 It was her interest and passion in medicine and patient care that lead Kristen to pursue a diploma in Respiratory Therapy at Thompson Rivers University. Her studies through the program allowed her the opportunity to learn critical respiratory care in a number of settings including St Paul’s Hospital and BC Children’s. After graduation she worked as a clinical Respiratory Therapist at Victoria General Hospital and the Royal Jubilee Hospital. It was after attending a Yukon wedding she soon found herself along with her young family living in Whitehorse. It was a move that fit well right from the beginning. Enjoying running and biking are just a few of the draws the Yukon has offered her. Her work alongside her clients at TrueNorth Respiratory is what drives her to provide the best possible care in sleep and oxygen therapy. It is her goal to continue to try to enhance the availability of respiratory care in the territory.

Ashley graduated with a diploma in Respiratory Therapy from Thompson Rivers University in 2010.  Following her studies, she happily accepted a position in Victoria, BC and began work as a general duty Registered Respiratory Therapist between both of Victoria's major centres. Always striving to further her education, Ashley readily accepted additional training whenever and wherever it was offered. She spent time in several areas of care that she found especially rewarding, including the Respiratory Wards, the Bronchoscopy suite, and briefly in a long-term care facility assisting patients on long-term mechanical ventilation. The Yukon has always been home for Ashley, so the time spent in BC was short-lived when an opportunity to return to Whitehorse presented itself in spring 2012. By late 2012, TrueNorth Respiratory had been born and subsequently opened its doors in January 2013. Ashley is dedicated to engaging in best practice, advocation, and meeting the needs of Yukoners locally wherever possible. She is passionate about elevating the practice at TrueNorth to improve access to Respiratory Therapy in the Yukon, and to empower clients to fully participate in their own care. Outside of the clinic, Ashley finds fulfillment in connecting with friends over a glass of wine, getting out of the "city," and soaking up the chaos her young family brings to her life. 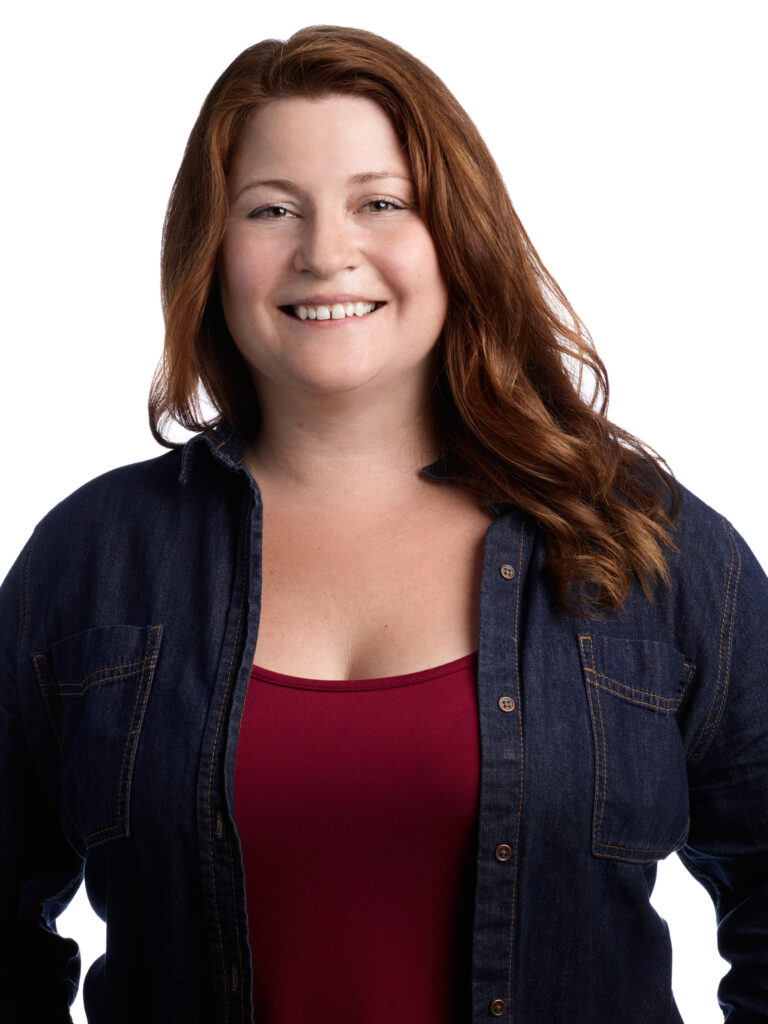 Bethan has been a Respiratory Therapist since 2009 working in a variety of health care settings. She has enjoyed both critical and community care and is always eager and driven to improve people’s medical experiences. Bethan loves the outdoors and adventure. She has traveled and worked around the world, always open to new experiences. She is so happy to be a part of the TrueNorth team and is proud to help people with their oxygen and respiratory needs in the Yukon and to grow Respiratory Therapy as a profession up here.

Christina O'Neill, Project Manager & Child Sleep Consultant
Christina returned to the Yukon in 2012 after spending a decade in BC, where she obtained a degree in Tourism and Recreation Management and worked in destination marketing and management roles. In a side-step to health care, she joined the team at TrueNorth in 2013, first as a Receptionist, then as a Clinical Consultant and with further certification, as Pediatric Sleep Consultant. To build on her time and experience within the company and to support the team by exercising her task-oriented love of policies, spreadsheets and oversight, Christina moved into the role of Project Manager in January of 2020. She feels like she has found her place in the world, and looks forward to supporting clients and working with the team for years to come. 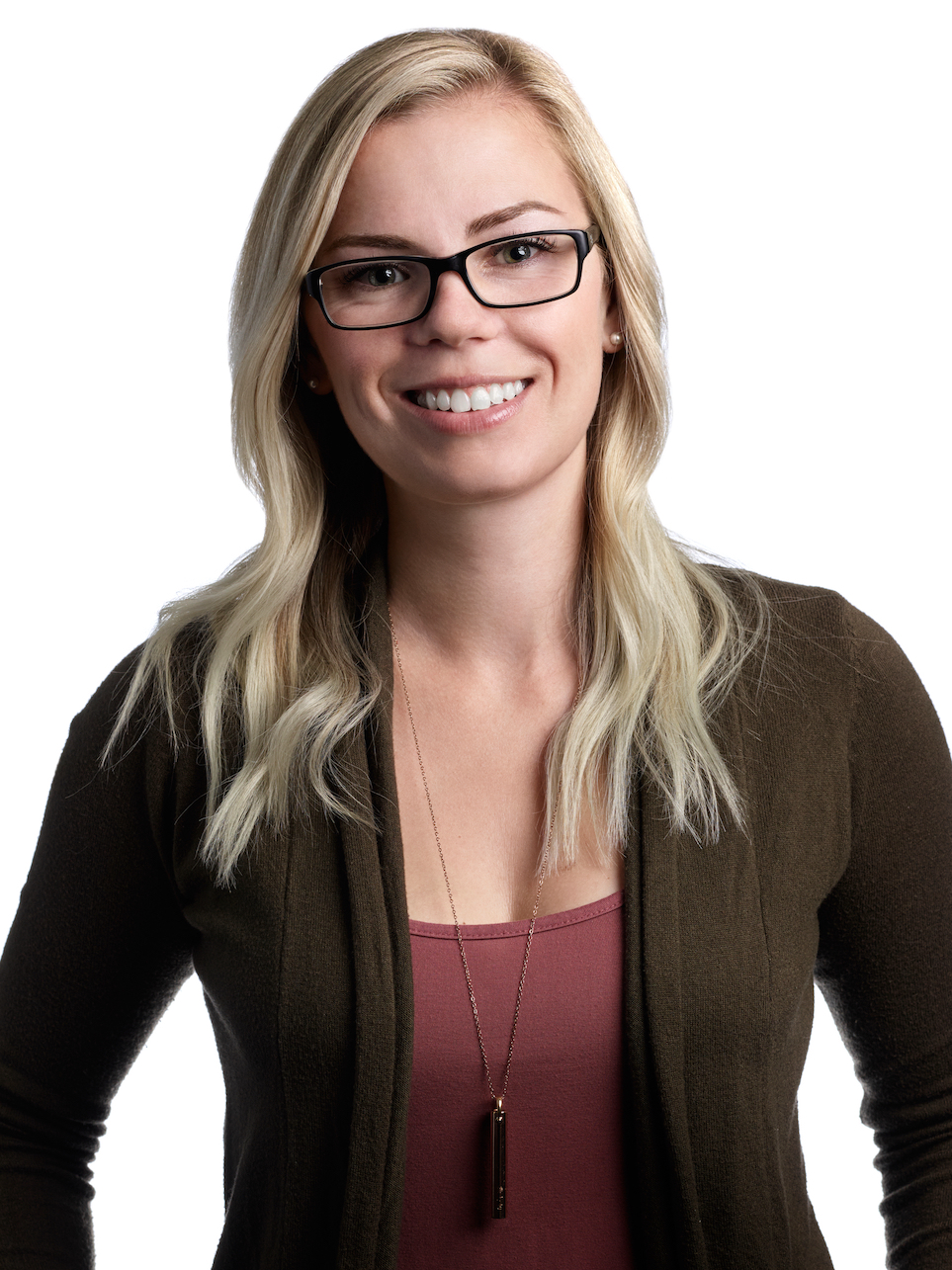 Sheri has always had a passion for health care which led her to her position at TrueNorth Respiratory in October 2020. Since then, she has seamlessly meshed with the team by supporting and managing the needs of the office. She takes on multiple roles within the office and is always ready to offer a helping hand. Through her own initiative, Sheri completed the COR safety program and developed TrueNorth’s Company Safety Policy. She now oversees and manages the Safety Program alongside the Safety Officer. Sheri is always eager to learn more and take on more responsibilities. Though her role at TrueNorth was initially a term position, once completed, she will remain a permanent employee of TrueNorth, so stay tuned to find out where Sheri ends up. 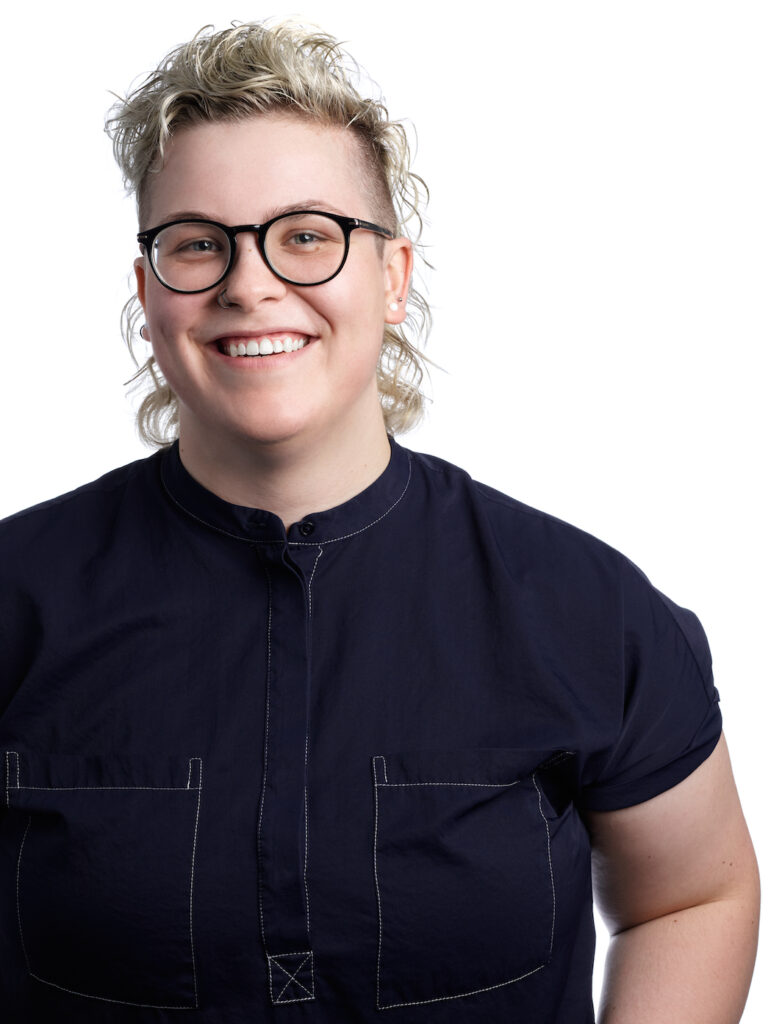 Kayla joined the TrueNorth team in 2017 after moving from Alberta. In the time she lived in Whitehorse and worked for TrueNorth, Kayla grew from Administrative Assistant into the clinic's Finance Officer. After 5 years of living in Whitehorse and working for TrueNorth, Kayla made the decision to move to Edmonton to be closer to family & friends. Although she is no longer in Yukon, Kayla is still part of the TrueNorth team as their Executive Assistant and works remotely. Kayla is thrilled to still be part of the family. 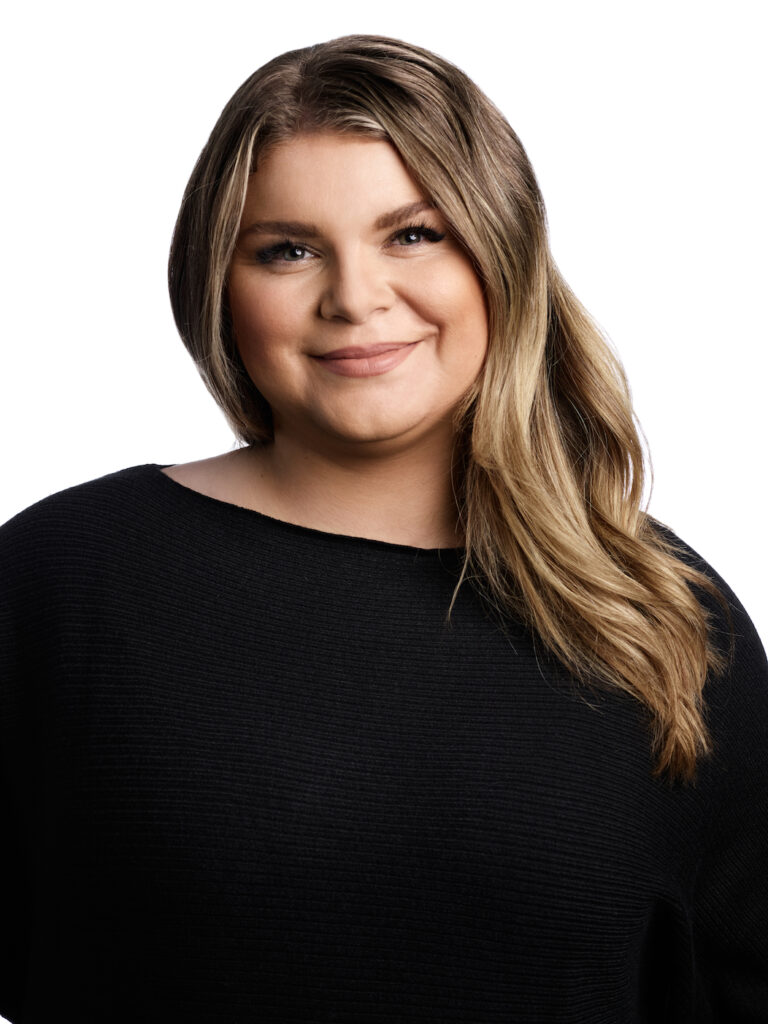 With over 5 years of business management under her belt, Samantha joined the TrueNorth team as Office Manager in 2016. Samantha holds expertise in the areas of continuous improvement, client care, human resources, and operations. She also became certified as a Spirometry Technician to help fill the community need for the service. In 2022, Samantha moved into the role of Director of Operations, where she thrives in overseeing the wellbeing and success of TrueNorth Respiratory. She feels honored to be leading a team of professionals who’s shared values are based in compassion and integrity. 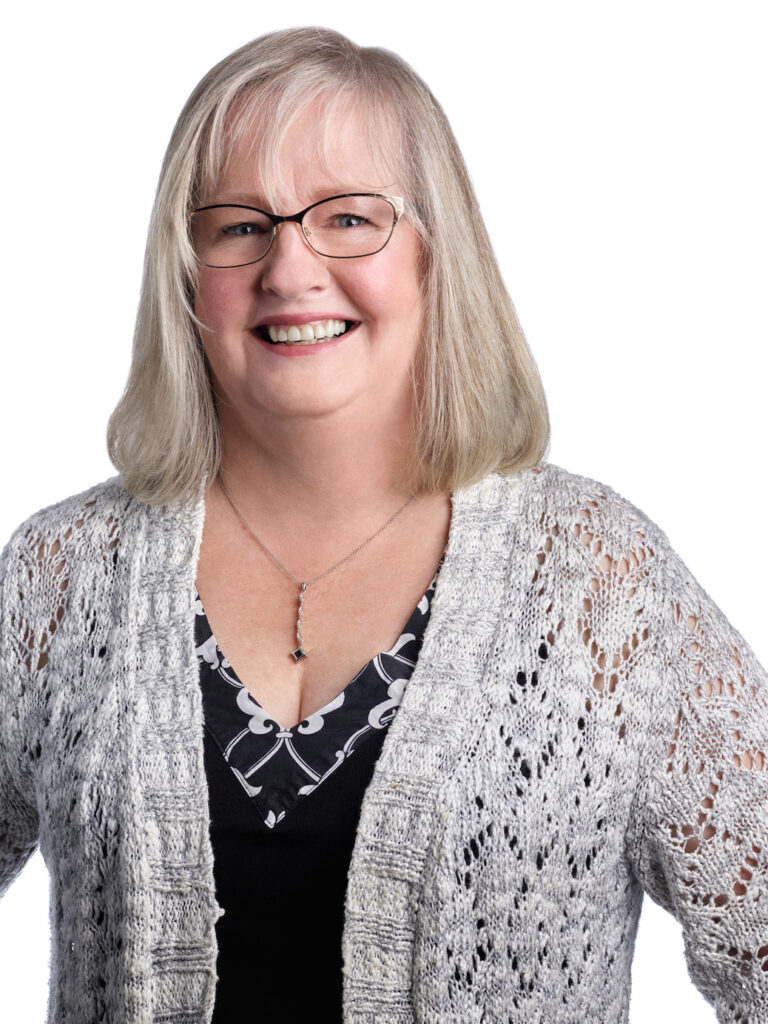 Lorna moved to the Yukon in April 2018 to join family and the TrueNorth Team.  She is a mother of two awesome adult children.  Lorna comes to us with more than 35 years work experience, including working as an office manager for a busy chiropractic office.  Lorna loves being able to help people live the best lives they can and always has a listening ear and a welcoming smile.

Michelle returned to the Yukon in 2019 after moving to B.C. to pursue a B.A. in Psychology and English Literature from the University of British Columbia. Shortly after this transition, her passion for medicine and enthusiasm for education lead her to apply for the Practical Nurse program at Yukon University, which she completed in 2022. She joined the TrueNorth family in August 2022 and has established herself as a knowledgeable and compassionate member of the team. Michelle looks forward to growing her skills and helping Yukoners with their respiratory care.

Isla arrived in the Yukon in March of 2022. Their impromptu vacation shifted into an extended "workation", then finally into a full time residency within a few months of living in the north. They've welcomed the change of pace and as an avid camper, they feel at home living so close to the mountains. Isla joined the clinic as a Medical Office Assistant a few months later in July. They have an extended background in a variety of customer service positions, including long shifts in sales as well as several years as an insurance broker. These skills have transitioned well into healthcare with their position at TrueNorth Respiratory.

Ever since Kate was little, she had a passion for helping people. Since moving to Whitehorse in early 2022 and finding her place with her TrueNorth family, Kate is feeling right at home. You will usually catch Kate at the front desk with a coffee and a smile. Outside of work, you may find her taking in the breathtaking views that the North has to offer. Otherwise, she will typically be curled up listening to a podcast or watching a documentary. Kate is happy to be part of such a thoughtful, hardworking team, and looks forward to cultivating relationships both inside and outside of the clinic.